On April 26, 2016, at the UN headquarters in New York, the General Assembly held a commemorative meeting in observance of the thirtieth anniversary of the Chernobyl catastrophe. The meeting was initiated by Belarus, Russia and Ukraine through the 2013 UN General Assembly Resolution on Chernobyl.

At the solemn meeting the UN member states paused in a moment of silence to pay tribute to the victims of the disaster. The president of the General Assembly Mogens Lykketoft made a statement followed by the address of the Secretary-General Ban Ki-moon delivered by his Chef de Cabinet Edmond Mulet. 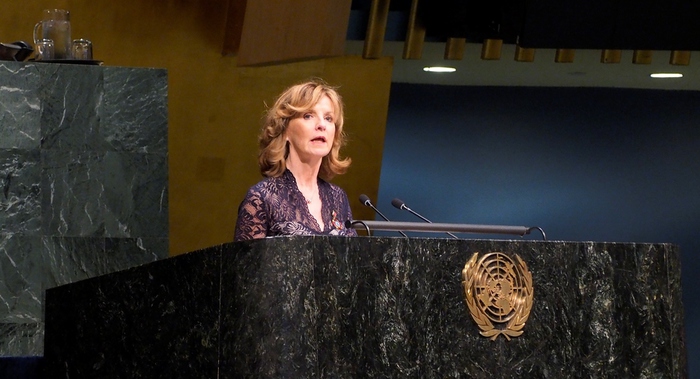 A statement on behalf of Belarus was made by Ms Adi Roche, head of the Irish charity organisation “Chernobyl Children International”.

Adi Roche is founder and voluntary CEO of the Irish social and humanitarian organisation “Chernobyl Children International”, a public and political figure in Ireland. In 1998, for his special contribution to the humanitarian assistance to Belarus Adi Roche was the first foreign citizen awarded with the Belarusian Order of Francysk Skaryna. The organisation led by Ms Roche conducts its main activities in Belarus through projects in the Chernobyl-affected regions, including social and humanitarian projects (building family-type orphanages, hospices), medical assistance programmes for children and people with disabilities.

It was for the first time in modern history of the official proceedings of the UN General Assembly that that a foreign citizen spoke on behalf of a delegation of another UN Member State. 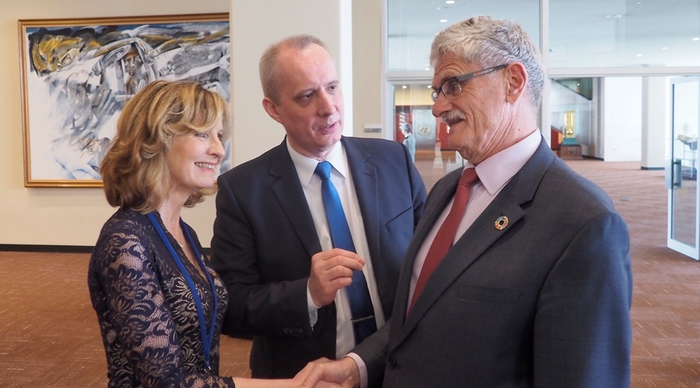 Belarus granted this honourary right to speak on her behalf to a representative of Ireland in order to demonstrate both the global nature of the Chernobyl consequences, as well as the absence of boundaries for multinational cooperation to overcome such disasters and assist the victims. Adi Roche’s speech at the UN General Assembly helped draw the attention to an important component of international Chernobyl cooperation, namely practical work of many humanitarian organisations, all people who cannot stay indifferent and have for many years sincerely responded to pain and sorrow of other people.

In her statement Adi Roche proposed to declare April 26 as International Day of Remembrance of the Chernobyl Catastrophe.