During his visit to the United Nations headquarters in New York Deputy Minister of Foreign Affairs of Belarus Andrei Dapkiunas made a statement on behalf of the Group of Friends United against Human Trafficking, coordinated by Belarus, on the thematic dialogue “Trade in Minors in the Digital Age: Waking Up the World to the Dire Need to Stop Trafficking in Children, Child Prostitution and Child Pornography, Including Via the Internet”. The event was organized on the initiative organized on the initiative of Belarus by the Group of Friends together with partners from international and American non-governmental organisations and was the final part of the special two-day event, which the Group of Friends United against Human Trafficking held in the margins of High-level meeting of the General Assembly on the appraisal of the United Nations Global Plan of Action to Combat Trafficking in Persons. 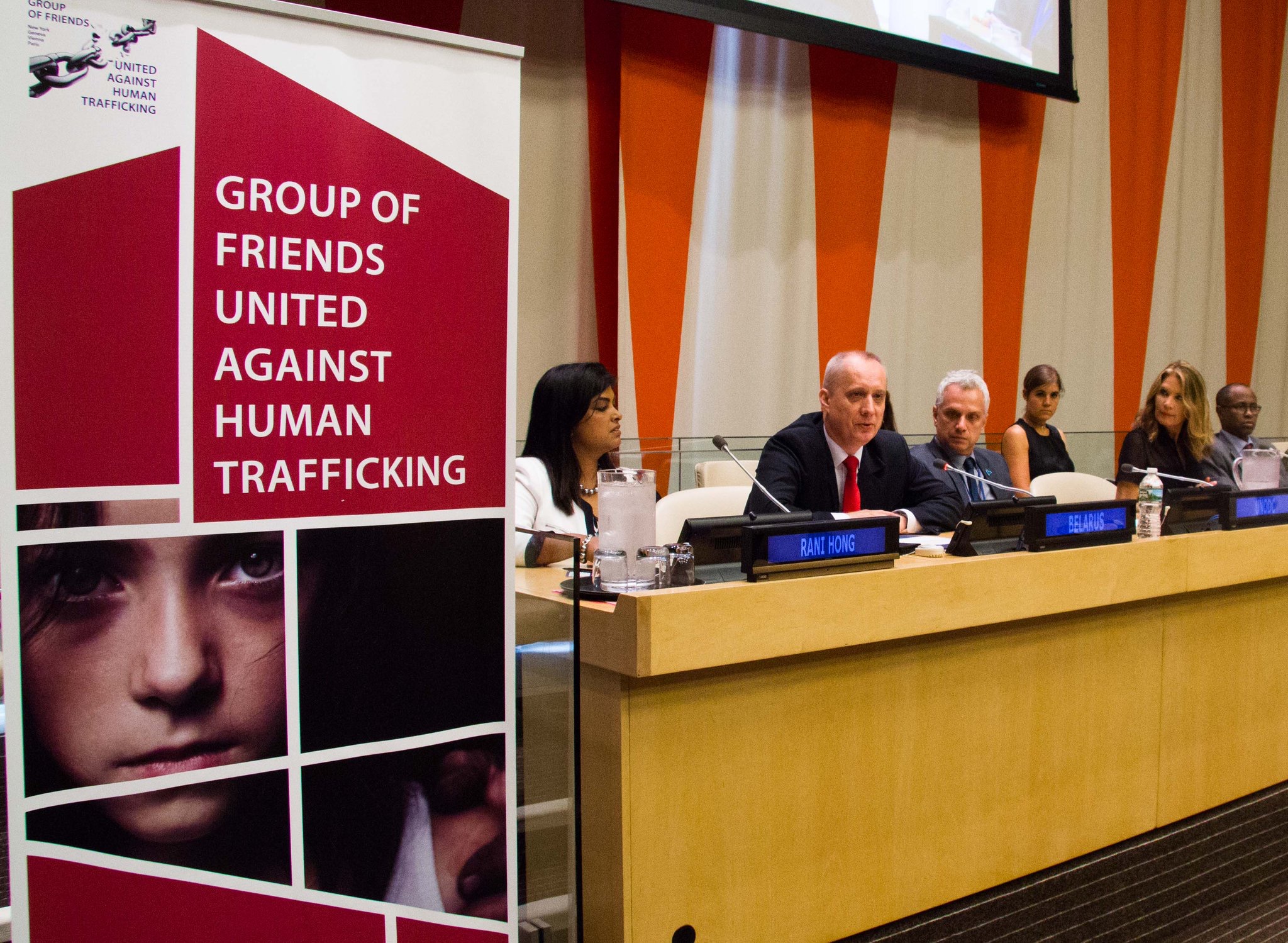 In his speech, Deputy Minister of Foreign Affairs of Belarus stressed that information technologies that give access to education, rapprochement, cooperation are often used by human traffickers and allow them to stay unpunished. As A. Dapkiunas noted, children, by virtue of their naivety and trustfulness, become the easiest victims on the Internet. As a result, an increased number of cases of child pornography and child prostitution in the Internet. The Deputy Minister of Foreign Affairs stressed that international efforts to combat human trafficking remain fragmented, and the fight against child prostitution and pornography remains far from adequate. The Deputy Minister of Foreign Affairs called for better coordination of all partners’ activities, search for new practical ideas to combat child prostitution and pornography, including via the Internet. A. Dapkiunas reaffirmed the readiness of the Group of Friends for active joint actions with other UN Member States.

One of the moderators of the event was the former member of the US Congress M. Bachmann, and one of the panelists was the current the US Congresswoman A. Wagner. The leaders of a number of prominent American non-governmental organizations involved in counteracting trafficking in children, and child pornography, and prostitution also took part in the dialogue.

While visiting the UN Headquarters, Deputy Foreign Minister of Belarus also met with UN Under-Secretary-General for Economic and Social Affairs, Liu Zhenmin. The sides discussed the issues of practical work at the United Nations in the context of the implementation of the 2030 Agenda for the Sustainable Development, outlined possible joint steps and events in this area. 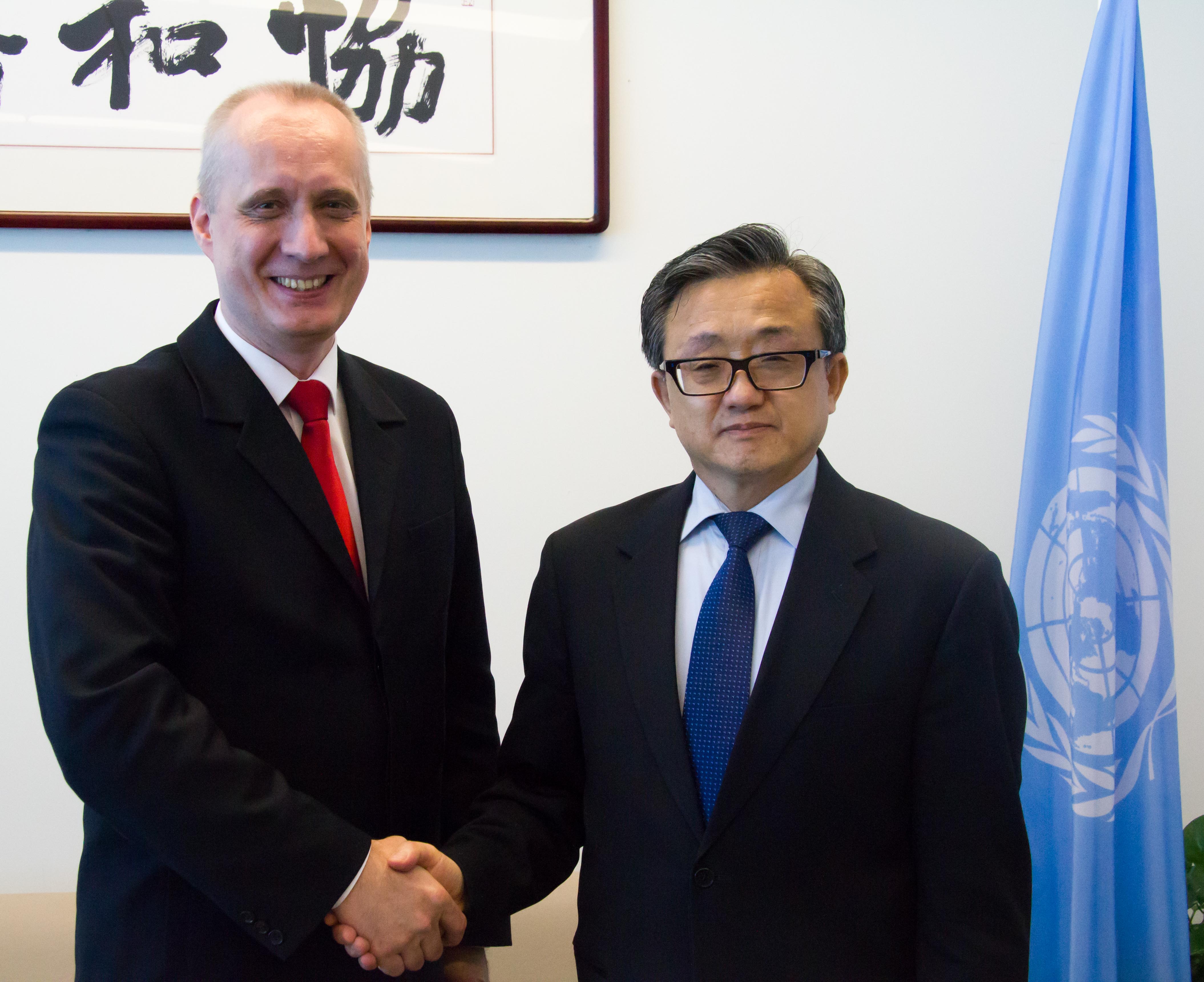 The Belarusian diplomat drew attention of his interlocutor to the specific problems of middle-income countries without solving which it is impossible to achieve the Sustainable Development Goals. A. Dapkiunas noted that the Like-Minded Group of Supporters of Middle-Income Countries successfully convened the second Ministerial meeting under the chairmanship of the Foreign Ministers of Belarus and Costa Rica in September 2017 and informed about the Group’s plans to promote the interests of this category of countries within the UN.

A. Dapkiunas also met with UN Under-Secretary-General for Public Information Alison Smale. During the meeting the interlocutors discussed the issues of covering the Chernobyl issue in the UN media resources, including aspects of the year-round functioning of a separate thematic web-page dedicated to the Chernobyl disaster. Special attention was paid to the issue of respecting the principles of multilingualism in the work of the Organization in social media, as well as interaction between the press services of the Belarusian Foreign Ministry and the UN Secretariat. 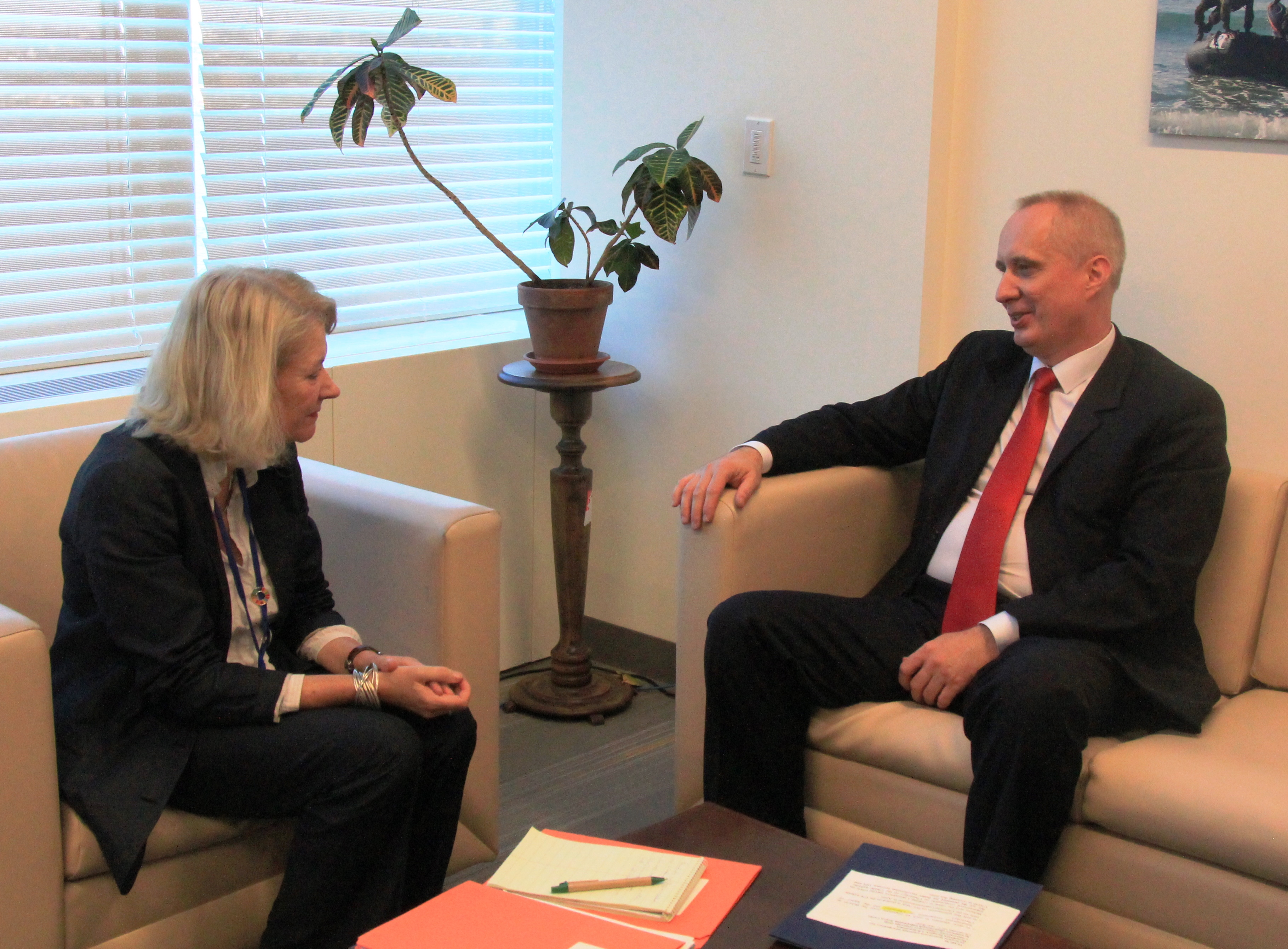 Deputy Foreign Minister of the Republic of Belarus Andrei Dapkiunas inaugurated a documentary photo exhibition “Day-to-Dayness of Language Professionals: Bringing Nations Together” at the UN Headquarters in New York, dedicated to the first official celebration of the International Translation Day in the United Nations. The photo exhibition, which is organised on the initiative of Belarus, Azerbaijan, Turkmenistan and the United Nations Department for General Assembly and Conference Management, demonstrates the daily work of UN system translators and interpreters, and linguists working in high-risk settings.

Decision to establish the International Translation Day in the United Nations on September 30 was adopted by the UN General Assembly on May 24 on a joint Belarus-Azerbaijan initiative.

UN Under-Secretary-General Catherine Pollard, President of the International Federation of Translators Kevin Quirk and the representative of the Red-T Organization Vigidis Erikssen also addressed the participants of the photo exhibition.