On the meeting of the UN General Assembly on Cuba

On June 23, 2021 Valentin Rybakov, Permanent Representative of the Republic of Belarus to the UN, took part in the 85th and 86th plenary meetings of the UN General Assembly, dedicated to the blockade against Cuba imposed by the United States of America.

Following the discussion, 184 UN Member States, including the Republic of Belarus, supported the adoption of the resolution “Necessity of ending the economic, commercial and financial embargo imposed by the United States of America against Cuba”.

In a statement after the vote Valentin Rybakov voiced the principled position of the Republic of Belarus against the use of unilateral coercive measures, and called for a complete, unconditional and irreversible end to the economic, trade and financial blockade against Cuba by the United States. 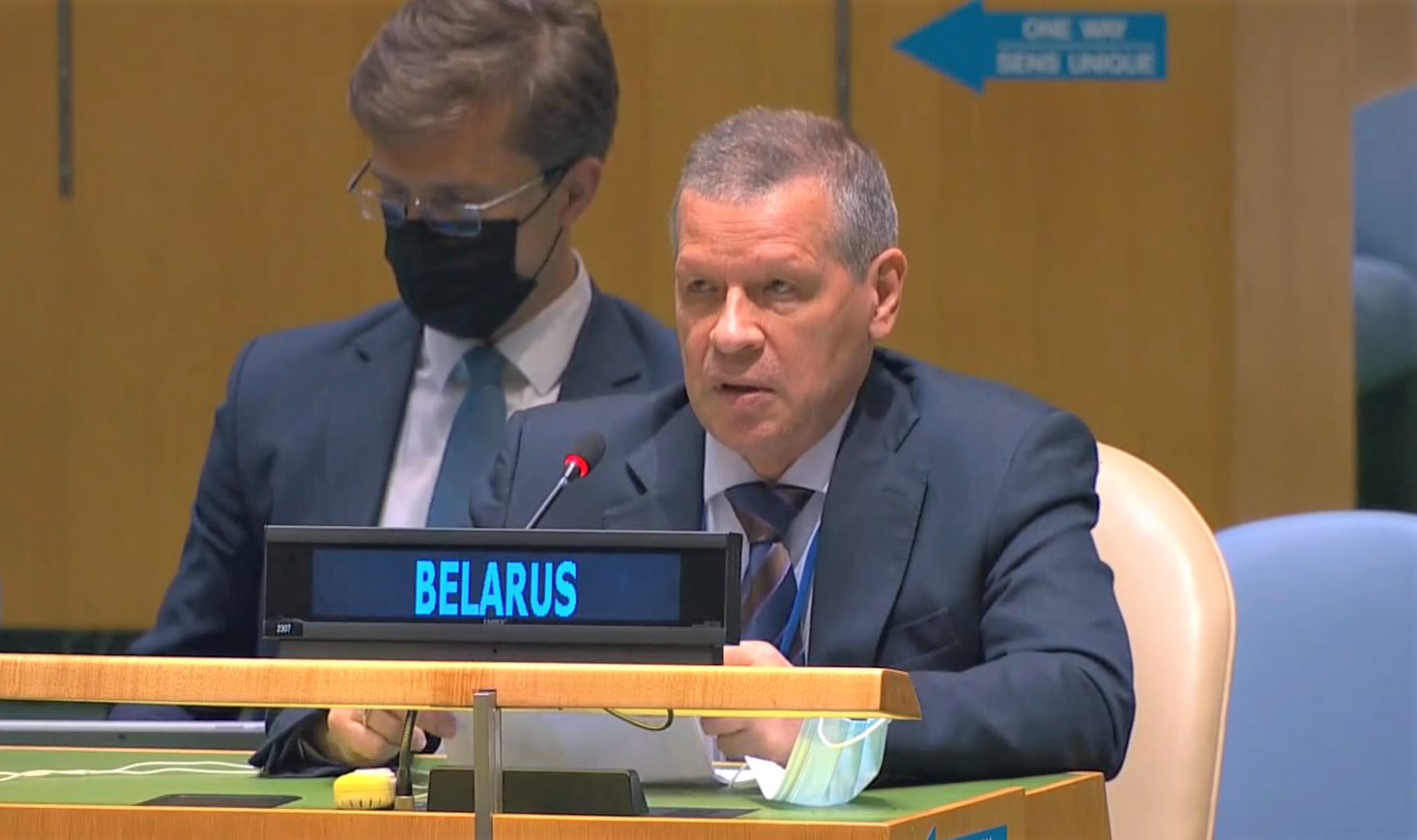