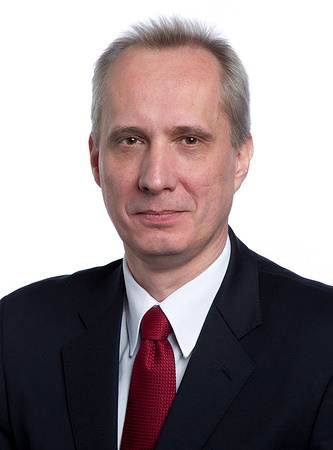 Before appointment to the United Nations as ambassador, he served in the Ministry of Foreign Affairs as Director of the Americas Department (1997 to 2004), Head of the Office for the United States and Canada (1995 to 1997) and, briefly, as Assistant to the Minister (1994 to 1995).

He holds a doctorate in political science from Belarusian State University and a Higher Education Diploma in languages (English and French) from the Minsk State Institute for Foreign Languages.  He carried out doctoral research as a Research Fee scholar in the London School of Economics from 1989 to 1990. His knowledge of languages includes Belarusian, English, French, Polish and Russian.

Born in Minsk in 1963, Mr. Dapkiunas is married, with two children.